James Chortanian is a partner at Doyle Schafer McMahon, LLP, and his practice is focused on the defense of physicians, hospitals, and other health care providers in medical malpractice cases.  As a result of his early success, James was recognized as a “Rising Star” in 2020 and 2021 in the area of medical malpractice by Super Lawyers Magazine.

In his spare time, James enjoys spending time with his family, playing golf, and going fishing. 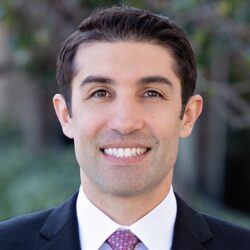