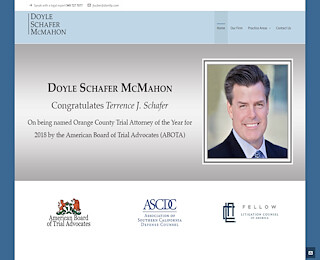 Getting stopped for a DUI can be a traumatic and terrifying experience. DUI charges are serious and come with a variety of penalties if you are convicted. The first thing to do if you are arrested for DUI is to get help from an Irvine DUI attorney. The penalties for a DUI conviction can be harsh and could limit your ability to drive. There are some ways that an Irvine DUI attorney can help resolve the matter in the most favorable way possible.

What to Do If You Were Arrested For DUI

If you are stopped for a DUI you could be facing serious charges. The police officer will initially conduct some field sobriety tests. These may include several of the most common types of tests that law enforcement uses to evaluate sobriety. These tests include such things as the step, walk and turn test, the one leg stand and the horizontal gaze nystagmus. These are the most common of the standardized tests. They are performed immediately at the time of the traffic stop as a way for the officer to gauge your level of impairment. These are somewhat subjective tests but they could lead to further testing.

If the officer thinks you are impaired you will be requested to take a breathalyzer test. This test measures your blood alcohol concentration, BAC. This is the level of alcohol that is present in your body. The legal driving limit in California is 0.08% BAC if you at the limit or even slightly over you will likely be arrested for DUI. If you were arrested for DUI it is advisable to speak to an Irvine DUI attorney as soon as possible.

When a driver obtains a driver’s license in California he is consenting to take a DUI test if requested to do so by a member of law enforcement. Therefore, if you are stopped and the officer thinks you may be impaired, he could request that you take a breath, urine or blood test to determine your level of BAC. If you refuse to take the test you will automatically face additional charges and penalties and could lose your driving privileges. Additionally, your refusal to take the test will be used against you in court.

There are some ways to fight DUI charges and win. An experienced Irvine DUI attorney understands the law and will review your case to determine how to defend the charges. If some of the evidence against you was gathered improperly or if the equipment wasn’t functioning properly to measure BAC that part of the case may need to be removed. In some instances, there won’t be enough evidence to prosecute the case and it could end up being dropped. There are a variety of ways to defend a DUI charge, sometimes these are successful.

A DUI is a serious charge that will become part of your permanent record. You could face penalties that include fines, jail time and license suspension among other things. It is best to seek help immediately from a reputable attorney with experience handling DUI cases. Contact Doyle Schafer McMahon online today at DSMLLP.com to schedule a consultation.